Departure from the Norm...Seven Random Facts 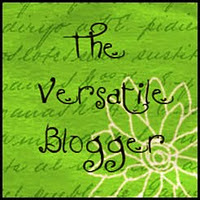 I do a lot of serious posts, and not nearly enough "fun" posts. So I decided it's time for a fun post. Leah at Chasing Atalanta just tagged me to write a Seven Random Facts about myself post. Thanks for the link, Leah! She herself was tagged with a Versatile Blogger Award (well deserved), but my blog is not very versatile, so I'm not sure that part was actually intended for me. Since all my readers actually know about me are my shoe preferences, here's a chance to get to know me a little better. Plus maybe it'll help me make this blog more versatile and/or get me more internet friends and readers.

1) Since you all know me as a shoe geek, I may as well start with that. For someone who has referred to herself as the Carrie Bradshaw of running shoes, I actually suck at figuring out what shoes I'll like before putting significant miles on them. For example, I hated my now-beloved Brooks T Racer when I first bought them (T5 waaay back in 2007), and only bought them because I needed a road flat and they were the only ones the store had that fit me. They felt bulky, heavy, slow, squishy, and had a high chunky heel compared to my spikes. A few months later, I bought the Nike Zoom Katana Racer and liked them much more. Fast forward about a year: I was in love with the T Racer, and the Katana was sitting in my closet.


2) Another random shoe fact about me: for two of my four high school XC seasons (didn't run track until college), I didn't even run in real running shoes. Freshman year I ran in a pair of Boscov's Nikes, and junior year I wore the Nike Air Kukini. I was the only person at State who didn't have spikes...and had a pair of fashion shoes held on with a rubber spiderweb instead. I also wore the Nike Pegasus exclusively (plus spikes/flats for racing) from senior year of high school, all through college, and during most of my time in Boulder, and I'd put between 800-1200 miles on each pair before retiring them. So shoes might not matter as much as I like to pretend they do (at least for some people...variability among people is still king).


3) I'm a huge nerd. I've been a gamer since I was six, and had to completely forbid myself from playing MMORPGs after I got into one in college and ended up doing nothing that semester but running and gaming.  I'm currently playing Fallout. In addition to games, I'm kind of a comic fan too. I've drawn some comic stuff, and I just dressed up as Supergirl for Halloween, though I haven't actually read a ton of comic books myself.


4) I graduated with a B.S. in Computer Science Engineering (which is Bucknell's fancy way of saying "computer science with some electrical engineering mixed in") and got a job in Boulder, CO as a software engineer. While out there, I met elite runner turned physical therapist Mark Plaatjes, who was AWESOME and probably the best physical therapist I have encountered thus far. (If you're wondering how I met him, here's some advice: if you're doing 5K training, and your friends ask you to do an ultramarathon with them, tell them NO, because you will break).


5) I am obsessed with cereal. I could eat cereal every day for every meal and be perfectly happy. I actually have to go and buy it when I want it, because if it's sitting in my house, I'll eat the entire box in one sitting as a snack, so I end up at the grocery store a lot. I hate fruity cereal (Fruity Pebbles, Froot Loops, etc), but anything else is fair game. My favorite is a toss-up between Reese's Puffs and Kashi Go Lean, depending on if I want something sugary or healthy. I usually eat it dry, straight from the box. Hot cereal is good too, and I eat a ton of oatmeal, mainly because it's cheaper than cold cereal.


6) Along with running, I love riding my mountain bike. I have a road bike too, because prior to buying that bike I used my mountain bike for 50 mile road rides and it sucked, but I ride that primarily for cross-training, whereas I mountain bike for the joy of it. Unfortunately, I tend to be accident-prone, and I've ruptured my spleen in a mountain bike wreck, sprained my wrist the third time I ever rode my BMX bike, and have been hit by a car taken out the side mirror on some guy's SUV (to be fair, I got away pretty unscathed that third time). I snowboard too, but that's not nearly as much fun as running and biking.


7) 99% of my music playlist is made up of metal and punk. My college boyfriend got me into metal, though I honestly can't remember how I started listening to punk. I have a pre-race pump-up mix that I've had since sophomore year of college that's made up of bands like Metallica, Slayer, Social Distortion, Avenged Sevenfold, and Bad Religion. And the first song I learned to play on my guitar was "Master of Puppets" (rhythm part, I suck way too much to attempt Kirk's solo), and it's still one of the few songs that sounds halfway decent. However, I do have some crappy pop music on my iPod for bike trainer sessions. 3OH!3, Katy Perry, and Kesha have a more prominent driving bass beat than my normal stuff (okay FINE, and I actually kind of like 3OH!3).


Now I'm supposed to tag twelve people. I don't even think I know twelve people who blog and who I think might see this post. Most of my views are Google searches rather than actual followers, which isn't helpful for this type of post. Oh well, here are six because that's all Leah tagged:

Julie at 2. Travels B. An Account of One's Journeys
Mike at 12 Steps Forward
Matt at Faster than a Turtle
Luke at Dream in Vertical
Ken at Read/Write/Run
Laura at Laura Runs a Latte