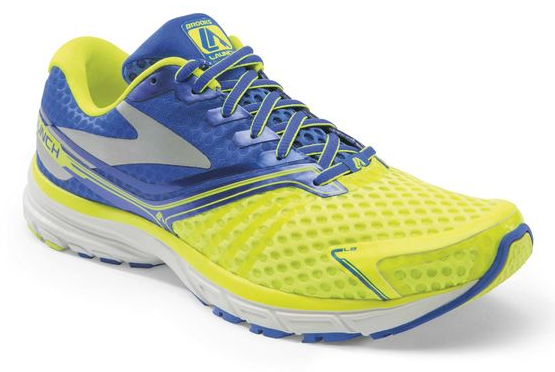 Well, it's been a little while since I've written a shoe review for this blog...been pretty busy and all. However, if there's one shoe to bring me out of hiding, it's the Brooks Launch 2. I reviewed the original Launch way back in 2012, and it's been my go-to everyday trainer ever since. Easily one of my favorite trainers, if not my absolute favorite. I loved it for its simplicity...very little superfluous technology in that shoe. Brooks almost axed it a few years ago, but enough people got upset that they changed their mind and kept it in the line. It remained unchanged for several years, but Brooks decided to release an updated Launch 2 for 2015. So, how does the Launch 2 stack up to the original?


The Brooks Launch 2 is Brooks' lightweight neutral trainer. It weighs in at 9.8oz for a men's size 9 and 7.9oz for a women's size 7. It has a stack height of 27/17 for a 10mm drop in case anyone still cares about such things. Running Warehouse describes the Launch 2 as such:

Putting the Launch 2 on my feet was immediately comfortable and familiar. It's like visiting your parents' house and finding your your bed in your childhood bedroom made and ready for you to collapse into it. Sure, the comforter is different, but your mom just made cookies that are fresh out of the oven and everything feels pretty much like it should. That's not to say that there are no changes though, and that Brooks just slapped a number 2 on a new colorway. There are two big changes from OG Launch to Son of Launch: the midsole has changed from BioMoGo to a combination of BioMoGo and DNA (PureProject used this, though I'd assume that the exact material ratios and therefore durometer probably differs), and the upper is different. So what does that mean, you ask? Well then, read on.


The Launch was always a soft, well-cushioned shoe, prioritizing forgiveness over responsiveness. On Brooks' "float versus feel" spectrum that they used when they released their PureProject shoes, it was all the way over in float. Somehow, the Launch 2 seems to be even softer. Now, I do want to be fair here...New York's weather has been uncooperative lately, and plowing ranges between "non-existent" and "we'll pile up snow on the side of the road so if you want to run it has to be down the middle where the cars are," so I'm basing this off Launch 2 on a treadmill versus "I've put in significant treadmill miles on the original Launch, but easily 500x as much on the road, so I'm doing my best to remember," and as you probably know, treadmills qualify as a soft surface. However, from what I can tell, it does feel like the softer midsole is the biggest change between the Launch 2 and its predecessor.


The Launch 2 also changes to an upper with larger mesh holes and less intrusive overlays. While I have nothing bad to say about the upper on the original Launch, the upper on the Launch 2 is fantastic. Very nice job by Brooks on the upper, and the ombre design is pretty attractive too.


Everything else seems to have stayed mostly the same from the original Launch. The Launch 2 remains a flexible shoe (not as flexible as the PureProject line or Nike Frees or anything like that, but flexible as far as traditional trainers go), with both forefoot flexibility and torsional flexibility. The heel counter isn't overly stiff, though there's enough support there to cup your heel and provide some inherent stability. The Launch 2 keeps its full-contact outsole, which combined with the flexibility, makes for a buttery-smooth transition and ride.


Something that I thought was odd was that while the Launch 2 is classified as a "lightweight trainer," and while it was a light shoe compared to the competition when the original was first released, it really doesn't fit that category weight-wise anymore. In fact, due to the change in midsole material, it's just under an ounce heavier than the original Launch, is closer in weight to the Ghost than to its predecessor, and is actually heavier than some of the trainers on the market today that aren't even classified as lightweight shoes (e.g. Mizuno Wave Rider). Now, to be perfectly fair, I didn't notice the increase in weight, and I don't think that 99% of you guys will either...I mean it is less than an ounce. However, I'm using this as a trainer, and everyday trainer weight doesn't really matter to me, and if you're using it as a trainer, you'll almost certainly be fine. However, if this is your racer, it may be something that's of more importance to you. 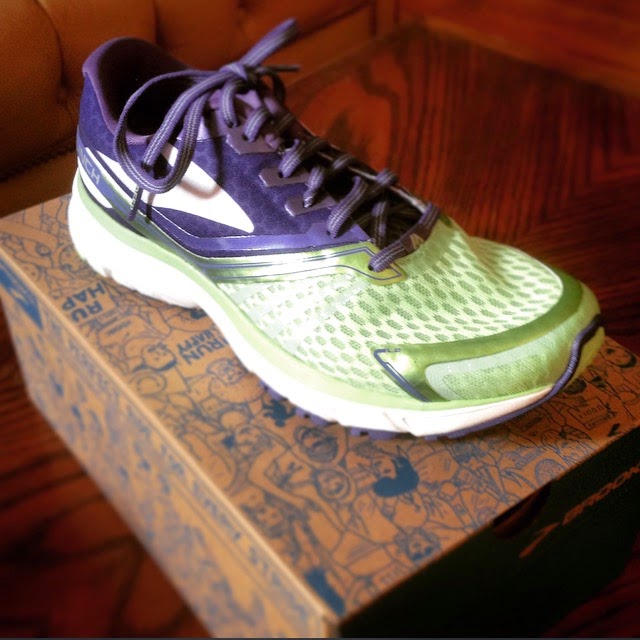 The Brooks Launch 2 is a worthy update to the OG Launch, and stays true to its roots as a simple, no-nonsense, flexible, and well-cushioned trainer. It's not the lightest shoe on the market, nor is it the most responsive, but that's not what it's trying to be...both of those things would fundamentally change the DNA of the Launch (see what I did there?). What it is trying to be is an update to a well-loved shoe, and I think Brooks realized that making drastic changes to a well-loved formula is one way to get fans angry (like when they nearly discontinued the Launch). In an industry where companies are pushing their expensive proprietary next-level tech that may or may not do anything, it's nice to have a simple shoe with an EVA midsole and a full-contact outsole (and a price tag to reflect that simplicity...$100 shoes are getting harder and harder to find). If you liked the Launch, and don't mind a little more cushion, you'll be happy with the updated Launch 2.

The Brooks Launch 2 retails for $100 and is available on Brooks' website, as well as at retailers where Brooks running shoes are sold. It fits true to size (and pretty much the same as the OG Launch), but as always, it's always better to try it on before you purchase if possible.

Full disclosure: The Brooks Launch 2 was provided free of charge in exchange for a review. The opinions expressed in this review are mine and based on my experience, and do not reflect the opinions of Brooks or anyone else.
Posted by Unknown at 4:42 PM